The Influence of the Moon 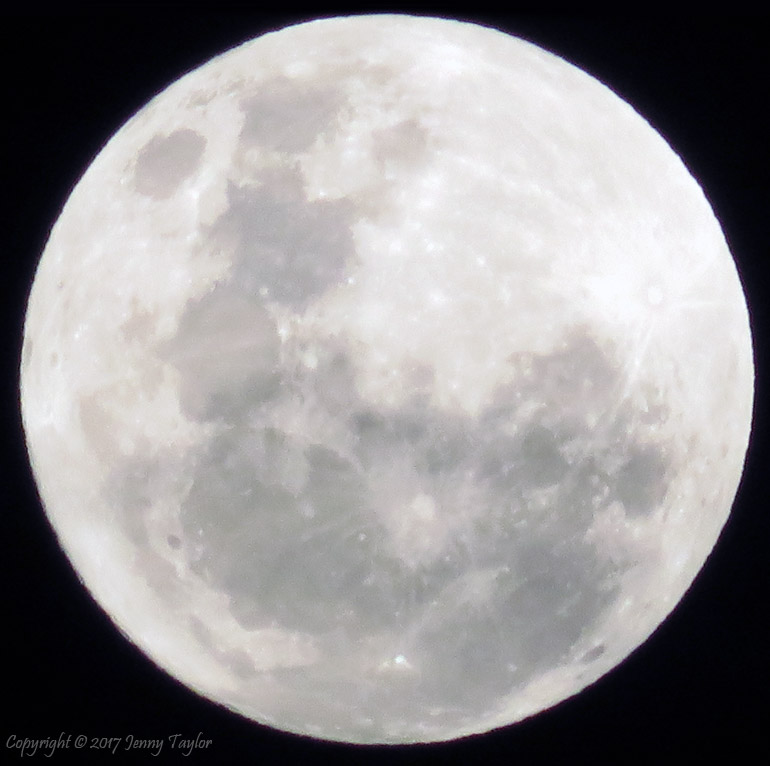 Every Witch should know which days to work and which to take off. Which moon phases are best for what kind of casting and which are for rest. These guidelines are not cast in stone and certainly if you have a friend in dire need of healing, you don’t need to wait until the next Waxing Moon to cast. But for some of the best results, here are a few guidelines, interesting tid-bits, and helpful information.

Working With The Phases Of The Moon

Each phase of the moon brings with it a special energy for that lunar cycle. Everyone knows the moon affects the tides of the worlds oceans, but because we are mostly liquid ourselves, these phases also affect us. Understanding what these energies bring, help you to connect with and use those energies in your magical rituals, meditations and even your daily life.

The time of the New Moon, until the Full Moon is called “waxing”. In general, this is the time to perform magick associated with increase, gain, acquisition, etc.

The time from the Full Moon until the New Moon is called “waning”. Magic, associated with removal of the unwanted, decrease, etc is best done during this time.

The Full Moon is considered, the most powerful day of the month to perform magic, with the New Moon being the second in line.

Rising and Setting of the Moon

One full cycle of the moon is also called a lunation. Some people plan various activities in their daily lives around the cycle of the moon, and formulate what is known as a “Lunation Plan”. Lunation Planning is Nature’s own time-management tool and it can be put to good use for both magical and mundane purposes.

The Pattern of the Lunation Cycle

The Lunation Cycle has two fundamental half-cycles or hemicycles. The character of the first or waxing hemicycle, from New Moon (conjunction) to Full Moon (opposition), is of decidedly different character than the waning hemicycle extending from the Full Moon to the next New Moon. In brief, the waxing phases are related to involutionary, subjective and organic form-building activities with the goal of realizing a certain set of potentialities released at the New Moon. Here plans are best formulated. Materials should be gathered and organization developed. Subjective, instinctual and spontaneous activities are featured. The waning phases signify life-processes directed toward some kind of objective realization and purpose. Outside factors come into play and the meaning and ultimate social worth of ones activity receives attention. The keynotes are inclusiveness, expansion of understanding and participation.

Each hemicycle is further divided into two halves, producing four quadrants. The turning point of the waxing hemicycle occurs at the First Quarter Moon, when the Moon is half-illuminated and half-dark. It symbolizes a crisis in action performed against a background of struggle between the inert pull of the past and a futureward, creative directive to actualize the potential of the current cycle. In terms of Lunation Planning, what occurs between the New Moon and the First Quarter Moon is of paramount importance and failure to move forward at the First Quarter greatly limits the scope of success for the particular cycle.

The Full Moon shows both fulfillment of the cycle’s potential on an organic or practical level and evidence of failure to actualize the potential released at the New Moon. Since both success and failure are inevitable in any cycle of activity, it is always a question of more or less rather than absolute either/or. As the cycle unfolds beyond the Full Moon, success and failure both become increasingly evident.

The Third (or Last) Quarter Moon marks the midpoint of the waning hemicycle, and, like the First Quarter Moon, it features a half-illuminated, half-dark lunar face, except in its case the opposite sides are illuminated and dark. While the First Quarter Moon featured a crisis of action, the Third Quarter Moon symbolizes a crisis in significance. It becomes increasingly important to integrate the diverse experiences encountered during the course of the cycle in a meaningful and significant manner and to envision the new cycle which lies ahead.

Each of the four quadrants are further divided in halves, producing the classical eight lunar phases shown below.

The New Moon, and first few days following it, is a time to carefully and quietly formulate plans to be actualized during the course of the opening part of the lunar cycle.

Magical Purpose – Used for personal growth, starting of new projects or ventures, new beginnings, love and romance, health or job hunting. It’s also a good time to cleanse and consecrate new tools and objects you wish to use during rituals, ceremonies or an up coming festival.

This is the time when the Crone is transformed into the Maiden. It is a time of renewal and new beginnings. The Maiden is essential to the continuation of all life; her color is white, denoting innocence and newness. She is the springtime, the dawn, eternal youth and vigor, enchantment and seduction, the new and waxing moon.

The first crucial point of the Lunation Cycle is reached at the Crescent Moon phase, about three and one-half days after the New Moon. Take the first step toward making things happen. The Moon is gradually waxing and the Lunation Cycle is still very much in its initial stages, so most of your work is still ahead of you. Focus on a clear plan of action and put it in motion.

Magical Purpose – This is a good time for attraction magick, especially between the New Moon and the First Quarter (ie the Crescent Moon). The Waxing Moon is the time for invoking the Goddess in her guise of Maiden.

With the First Quarter phase comes a pitch of increasingly organized individual activity. Well-organized, focused and forceful activity is necessary during this decisive phase. For whatever reason, failure to act clearly and forcefully now will have significant repercussions on the unfolding cycle of activity.

Magical Purpose – Between the new and full moon is a period of the Waxing moon. Used for constructive magic such as attraction magic, inner love spells, protection for couples and healing energy for couples, wealth, success, courage, luck or health.

The Moon steadily waxes as fruitful and productive activity expands. If all has gone well during the previous phases, you should be experiencing a sense of confidence and optimism as success and fulfillment grow nearer. Now is also the time to give attention to personal growth and self-improvement.

Now the cycle culminates and the light of the Full Moon reveals the measure of success and failure of the waxing hemicycle. Up to now, the expanding activities of the cycle have been directed toward the ultimate fulfillment of your Lunation Plan. If the Full Moon reveals more failure than success, now is the time to re-examine your plan, to re-strategize and re-organize, perhaps on a reduced, less ambitious scale.

Magical Purpose – Prime time for creating protection magic and performing divination and prophecy. Any working that needs extra power, such as help finding a new job or healing for serious conditions, can be done now. Also love, knowledge, legal undertakings, money and dreams. Setting up plans and releasing old patterns or issues are all. Full Moon magic can be conjured during the 3 days prior to the rise of the Full Moon, the night of the Full Moon and during the 3 days after.

The Full Moon is the time to invoke the Mother Goddess at the height of her glory, this is when the ceremony called “Drawing Down the Moon” is performed. During this ceremony the energy and essence of the Full Moon is drawn into oneself, when done properly you will feel a heightened trance state combined with a power surge that radiates through your whole body. Traditionally this is only done within a protective circle.

Since the Full Moon, activity has shifted from gathering resources and building the foundation necessary for the realization of your Lunation Plan to its early fruit-bearing stage. Your Lunation Plan is now beginning to bear fruit. What was felt, planned and envisioned in the waxing hemicycle is now becoming an objective reality.

The broader issues and situations faced during this and the proceeding phase may precipitate a crisis of significance. The Lunation Plan you formulated during the New Moon, three weeks ago, and subsequently nourished, put into action and worked for during the waxing hemicycle, and which was tempered and given expanded scope and purpose during the two previous phases, is now an organized network involving others. Even if your Lunation Plan regards inner work and self-improvement, now your place and purpose within a large whole comes into focus, and issues of public-image and how others perceive you may come into play. It is time to reflect over the past weeks, to place everything within the broadest perspective, to shed outmoded patterns, and to move toward new possibilities which may unfold in the coming cycle – just a week away.

Magical Purpose – Between the full moon and the dark moon is the period of Waning moon. Used for banishing and rejecting those things that influence us in a negative way. Negative emotions, diseases, ailments, and bad habits and addictions can all be let go and special spells for clearing can be performed at this time.

During the Waning Moon the Mother Goddess is transformed into the Crone. Invoke Her in this guise. The Crone, or Dark Mother, sometimes called the Hag, has black as her color, the color of darkness where all life rests before rebirth. This aspect of the Goddess is Winter, night, wisdom, counsel, the gateway to death and reincarnation, the Waning Moon.

During the Balsamic Moon phase the partially illuminated face of the Moon rapidly diminishes into a sliver, and finally vanishes into the darkness of the Dark Moon. This final phase signals the ascendancy of the subjective side of experience, and external activities naturally give way to introspection, integrating the harvest of experiences accumulated over the course of the closing cycle, and envisioning the possibilities of the coming cycle. The Balsamic Moon through to the Dark Moon is the time to integrate the experiential content of the closing cycle, and to envision the outline of your next Lunation Plan.

Magical Purpose – The Dark Moon period occurs 3 days prior to the New Moon. This is the time when you can’t see the moon in any phase. Typically no magic is performed during this time. This is the time to give yourself a break, to turn to self and pamper or replenish your own energies, to rid oneself of bad habits or for exploring our darkest recesses and understanding our angers and passions. Deep meditation and vision questing can be performed now, but not for a specific magickal purpose. However, The Crone, or the Dark Mother, rules this time, and if her magick is needed, now is the time when you should use it. Can also be used for Binding spells and bringing justice to bear.